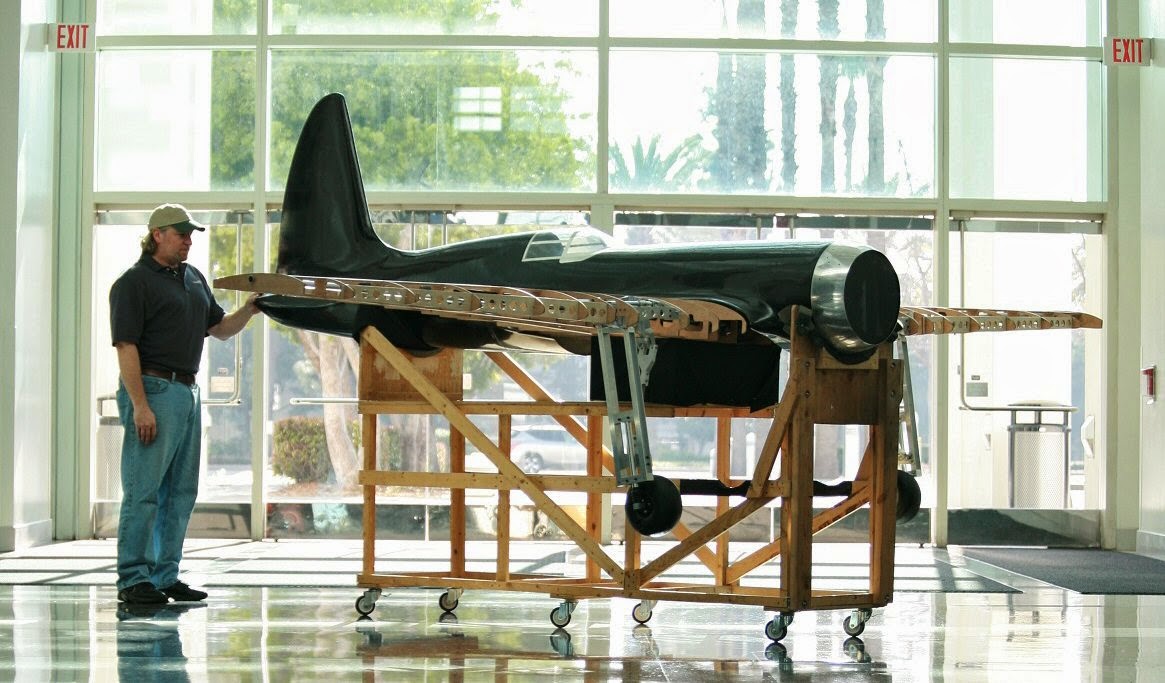 An extraordinary crew works at Aero Telemetry Corporation. Founded by Joe Bok, the Aero Telemetry Corporation (ATC) has been providing airborne electronics and custom built unmanned air vehicle (UAV) systems to the military since the early 1990s. Many of our readers also know that this remarkable company specializes in scale aircraft for movies and in UAV’s. Remember the movie, The Aviator? Joe's team provided 11 different models for the production. Notably, the giant scale Hughes XF-11 (30-foot wingspan), H-4 Hercules (Spruce Goose), and Hughes H-1 Racer were all flown safely and successfully.  As noted at the company's website, these models “are still considered to be some of the largest flyable scale airplanes ever built for use in a movie. Long hours of hard work, perseverance, and technical know-how by the Aero Telemetry team made these extraordinary airplanes possible.”

But many may not know the diverse additional areas of expertise Aero Telemetry has expanded into over the last decade, building on robust project successes in military based UAV programs. One of the coolest projects in aerospace today is the Boeing X-48 Blended Wing Body aircraft or BWB. Aero Telemetry was contracted by The Boeing Company to build the front landing gear for the X-48 blended wing body unmanned air vehicle. “The design and fabrication of the landing gear required the Aero Telemetry team to perform dynamic load testing with data acquisition sensors to match deceleration rates to acceptable airframe load limits.”
Aero Telemetry also specializes in vintage engine restorations. Joe Bok and his team took great pride in restoring an Allison V-1710-27 engine. That engine was once a starboard engine mount on a Lockheed P-39 Lightning during WWII. It was shipped back to the United States for overhaul in late 1943. It is an incredible piece of American history that has survived the years to be brought back to life once again by the ATC team—see the projects pages at www.aerotelemetry.com  for more on this and the other diverse programs at ATC. Their technology is also used at academic institutions and in one project, ATC designed a package to detect the impact energy of football helmets, while in use, on the playing field. 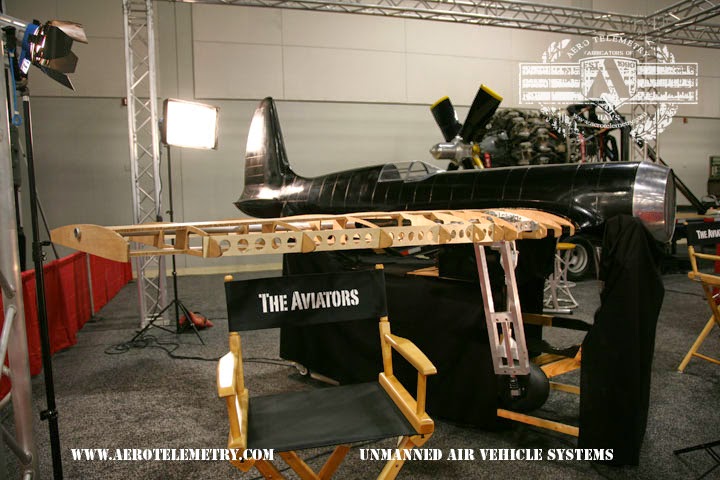 H1 RACER
As the AMA planned its 75th anniversary celebration, which will be held in Muncie this July, it inquired with Joe whether ATC might do something special for the gala event. Joe’s team came up with a 50 percent scale H-1 Racer. The H-1 in The Aviator, designed based on countless photos of the original at the Smithsonian, weighed 450 pounds. The new model looked to weigh in at 225 pounds ready to fly. “Too heavy,” said the AMA. It would have to top out at 125 pounds to be legal at the event. Joe’s indefatigable team went back to the drawing board—a 3rd plane had to be designed and built!
And true to form, ATC developed new technology. Precisely engineered resin-infused carbon fiber cloth would comprise the new H-1’s skin. This will be the largest and perhaps the most sophisticated 50 percent scale model in the world, with custom engineered retracts and sophisticated electronic control systems. The 5-cylinder, 4-stroke radial initially envisioned for the project may have to be replaced with a lighter mill. But Joe, an aerospace engineer with a can-do attitude, is not fazed. He says this has been a useful challenge that has expanded ATC’s markets.

We applaud this magnificent project, and also the contributions of the ATC team in other arenas. Joe and his people are making a difference by providing electronic systems to the military, and for this reason this aerospace group also wears a badge of honor.

Posted by Aero Telemetry at 4:38 PM