Aero Telemetry's Spruce Goose built for the movie The Aviator

The Spruce Goose flew several times over two days in the Long Beach Harbor. The first test flight took place on the afternoon of Sunday November 23, 2003.
Joe Bok's rendition of the Hughes Flying Boat made its' Hollywood Film debut on November 24, 2003. The airplane was loaded onto a barge and moved into a location near the Queen Mary.  Several vintage Navy boats were moved into a position that would align them with the camera and the model's anticipated flight path.  The Aero Telemetry Spruce Goose made several breath-taking flights that day. 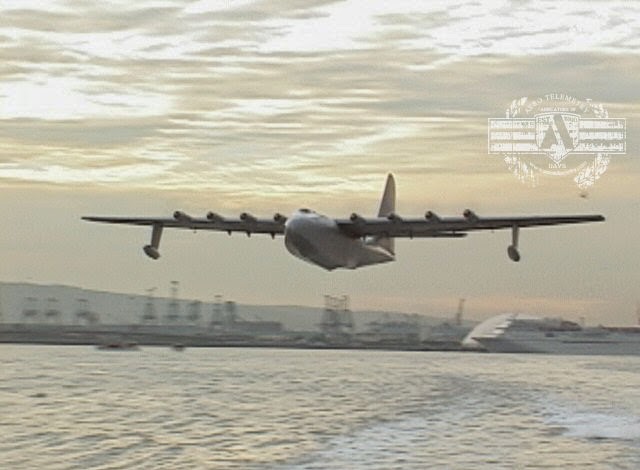 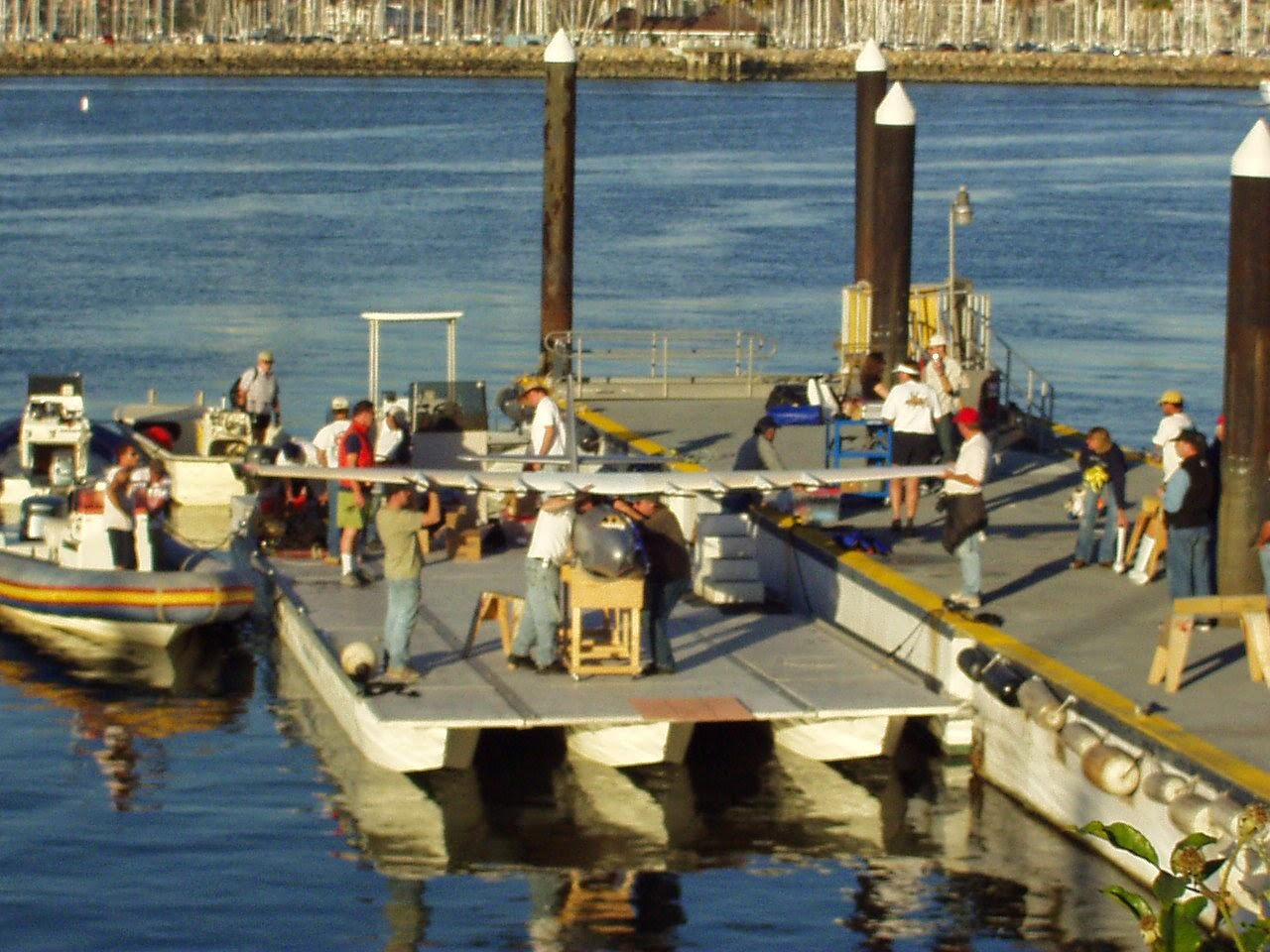 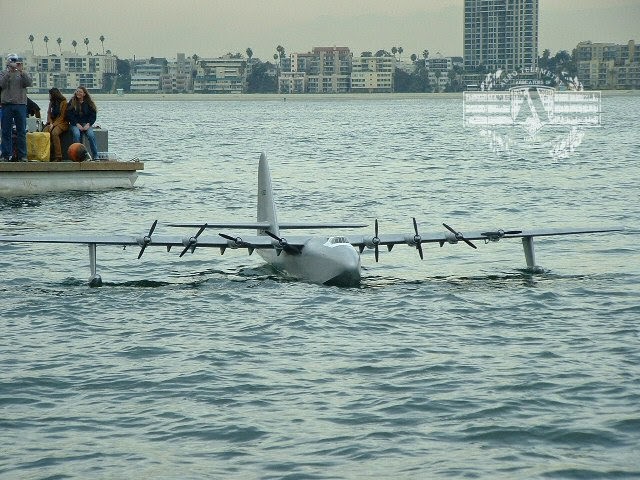 Part of the crew launched and recovered the huge model from a floating barge, while the flight crew were positioned on a vintage World War II US Navy Patrol boat. Academy Award winning visual effects director, Rob Legato, filmed the amazing footage of the Spruce Goose as it passed by the stern of the PT boat to recreate the famous flight of the Spruce Goose.

To read more about this incredible build and flight check out the website http://www.h4hercules.com/ for all things Spruce Goose!
Posted by Aero Telemetry at 2:01 PM